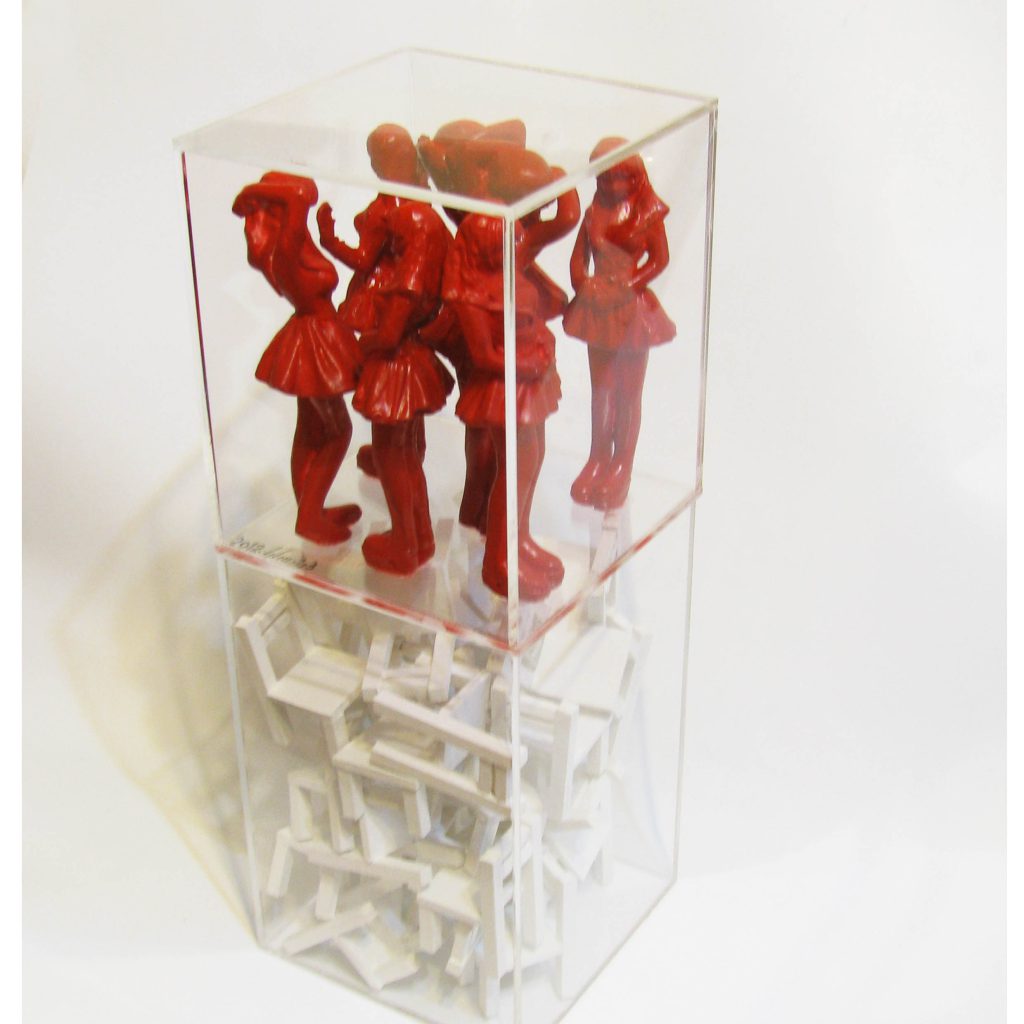 Are there any seats for me?!

I focusing on women’s life condition who have been depraved from their natural right to freedom. Concentrating on religious and ethnic costumes which force woman to obey very conservative rules I tried to show how women are treated by a very Dominant social violence. For many years Middle East, were I was born, has been experiencing several Wars most of them comes from religious prejudices and in this regard these have been women who suffered most from various types of violence and cruelty. They have been stripped down from their very simple rights just because of their gender and have been threated and injured trough out different types of violence. Many of them cannot remember anything except their fears and frights from their years of being young and are such affected by all these terrible experiences that cannot even imagine a day of peace and safety. In my art works, war tools are just a symbol for this violence and women are victims who have to carry them as a coercive attachment to their life which have stolen their freedom and Happiness.
Share