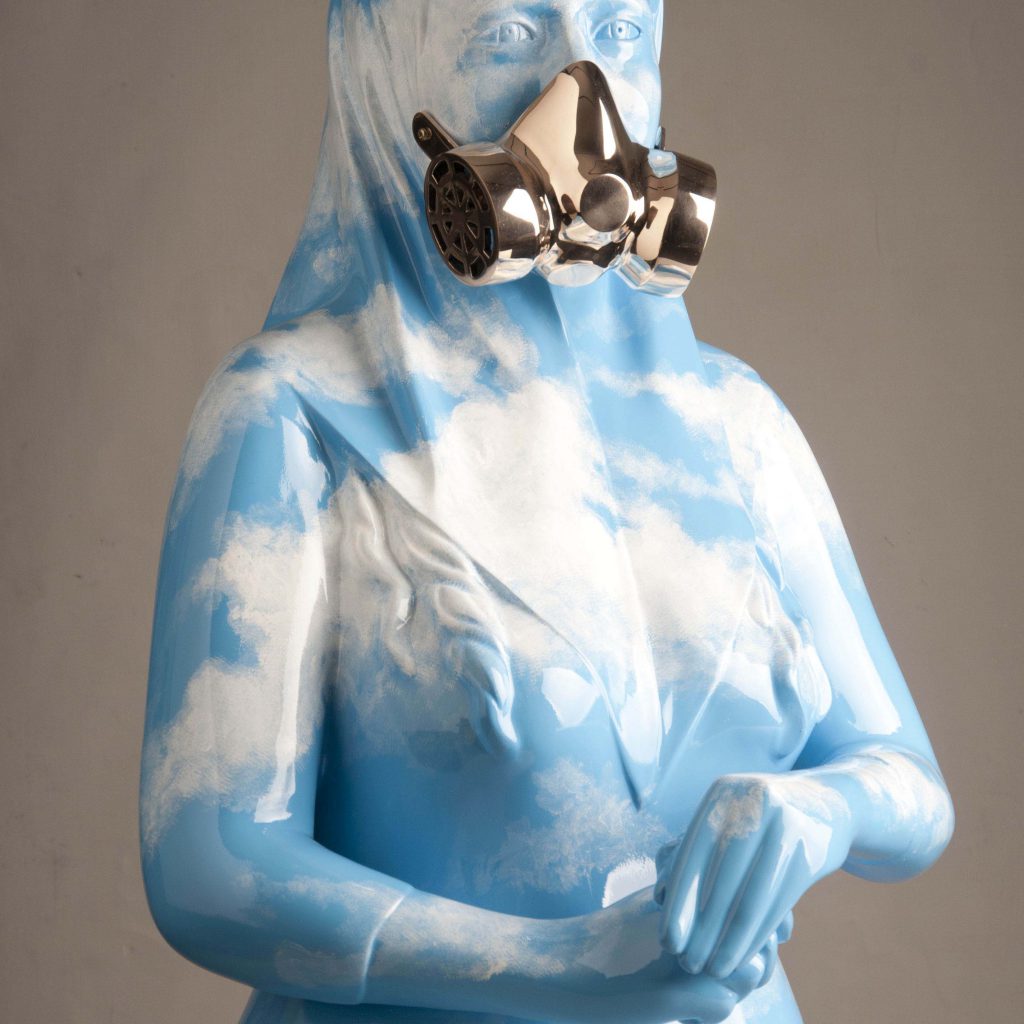 BLUE SKY There has been much said about what kind of creatures women are and how different, in nature, they are from men. I am not after finding answers to all the questions concerning women, far from it; I am after a new outlook to women, an outlook which is new or rarely utilized. An outlook that sees women as what they are not what they are expected to be, a view that does not look down upon women for their differences from men, a view that does not see women’s inherent features as a means for men’s pleasure, a view that does not regard women as a possessed property nor a means to attract attention or just a necessity for the mankind to continue existing, BUT as a distinct entity who has her own identity, an identity which can develop, and reach her wishes and desires. What is presented in this collection is an attempt to open a window to such an outlook; feminism is featured in its most prevalent type, hoping that the viewers would once again be poked to see the stereotypical way the society is looking at women, a way which has become so hackneyed and trite that it is generally taken for granted. Maybe becoming alert of such subconscious issues residing in the corners of one’s mind would help towards becoming conscious of other corners to see things from a new angle.
Share